This game teaches impressive self-control for both dogs and kids, conditions the dog to calmly enjoy the erratic movements and surprise sounds that kids make, and it’s just plain fun!

The goal of the Animal Game is to have the dog feel confident and nonchalant about sounds and behaviors generated by kids. The kids learn that in general they should behave quietly around the dog, unless it’s time for the Animal Game. The coach can even teach the kids to respond to the cue, “Animals, stop!” if the children are starting to get wild (during the game or otherwise).

To play this game, the child acts out an animal and the kid-canine coach rewards the dog for maintaining a sit. The coach should also reward ear flicks and head turns toward the child. Those mean the dog is noticing the child’s activity; when kid activity becomes a tip-off for treat delivery, you have created a positive emotional association between noticing the kids and feeling calm and happy. (You’ll notice the dog in the video automatically turns back to the adult when he notices the kids doing something, that is how automatic the association has become for him.) Start indoors and on-leash to stack things in everyone’s favor.

The kids should choose from low-key animals at first, like a beetle or a turtle. They can work up to more movement or sounds by choosing from animals like butterflies or monkeys. At first the coach should cue the animal helper to act sleepy or purr softly, but they can work up to cuing the child to roar and leap. Start with kids standing virtually still, then moving nearby, then moving around the dog. By increasing the challenge gradually, you help the dog stay calm and help the kids focus on their task and not be too obsessed with the dog.

Should the dog get up from the sit position without being released by you, it just means he needs more practice with a slightly easier challenge. So ask the “animals” to stop. Then ask the dog to sit again (no treat). Cue the kid(s) to act out an easier version (further away, less movement, and/or quieter voices) of what they had just been doing and reward the dog heartily for staying still and relaxed. Keep sessions under 5 minutes and take little breaks throughout.

Work up to playing in locations where jumping up has been a challenge for the dog, such as where kids enter the house or yard. In the Advanced version shown in the video, you will see a couple of ideas for helping the dog feel at ease with kids running up from behind or running all around him. Notice the kid-canine coach sets them all up for success by setting boundaries for the kids, such as using a stick as a  landmark to run to, or creating a circle to stay outside of.

What do you see in the video would be challenging for your dog or child? What kinds of movements or sounds would bother your dog enough for him or her to pop up out of the sit position? How else might your dog let you know something was too difficult or stressful for him?

Many thanks to beautiful Xander, whose heart is as ginormous as he is, and to his wonderful people and their friends for taking his feelings into account when training. This was a field test for the instructions they read for the Animal Game in Puppy Savvy; they had no instruction from me before we filmed and I think they all did a fantastic job! 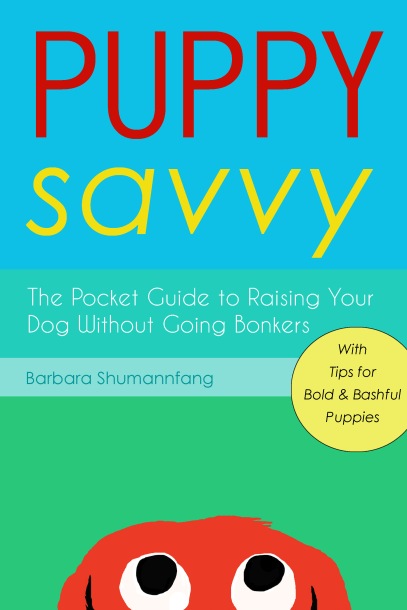